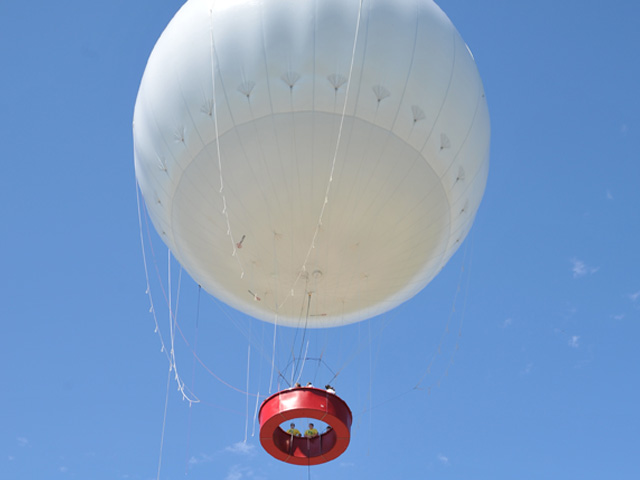 It’s official: AeroBalloon will fly in China. It took three rounds of meetings in Beijing, a complete redesign of the passenger-carrying gondola, and too many sleepless nights to count. I attended the two latest meetings virtually, working from the comfort of my home between 8pm and 5am for a total of nine nights. If I am relieved to put those nights behind me, I can only imagine how my client Doug feels.

The Chinese are thorough and unapologetic, and the Chinese code – and the inspectors’ interpretation of it – is gospel. Some of CSEI’s demands were trivial, even comical. AeroBalloon specifies regular pre-flight equipment checks with a daily, weekly, monthly, and semi-yearly schedule. But in China, YEARLY inspections are required. Doug copied the semi-yearly schedule and presented it as a yearly schedule, and that satisfied Mr. Li.

Other demands were reasonable, albeit annoying. In October, Mr. Li asked for technical drawings showing every detail of how the balloon is assembled, like an IKEA instruction set, plus tables providing the manufacturer, material, dimensions, strength, and nondestructive load testing method of each part. It took two months, and a dedicated drafter (who traveled to China for the January and February meetings), for our team to develop our drawings to the required level of detail.

And then there were the demands that almost sank us. According to the Chinese code for tethered balloon rides (yes it exists), the passenger-carrying device is required to have a metal frame. Our original gondola consisted of eight fiberglass modules, connected via eight aluminum ribs which transferred passenger weight from the modules to the suspension cables. In our inspectors’ opinion, the ribs didn’t count as a frame. Our design was more than sufficient structurally, but deficient based on this technicality. We had no choice but to change it.

Most infuriating were the demands based on no code at all but the inspectors’ personal preference. In October, even though our gondola handrails exceeded every railing-height code we knew of (and passengers were required to wear harnesses to boot), CSEI would approve nothing less than a full cage of netting surrounding the gondola. Another substantial design change was required. Then, at the January meeting, they informed us our winch needed to have a backup brake independent of the brake we already provided. Cue frantic midnight calls to the winch manufacturer and, eventually, a month of further work.

For my part, Mr. Liu asked for a risk analysis of every single part, including nonstructural items like the helium release valve (which is almost never used and would not affect operations in any substantial way if it malfunctioned). Once my list of over 40 failure modes satisfied him, he requested additional calculations for several wind speeds unrelated to AeroBalloon operating procedures, and a fatigue analysis for all pins. No reason to complain; I put my head down and churned out the calculations that the CSEI inspectors needed to check their boxes.

And now it’s all paid off. AeroBalloon aims to launch its first AB-40 in Chengdu this summer. And Doug has invited me to attend. These are exciting times for little PERCH.