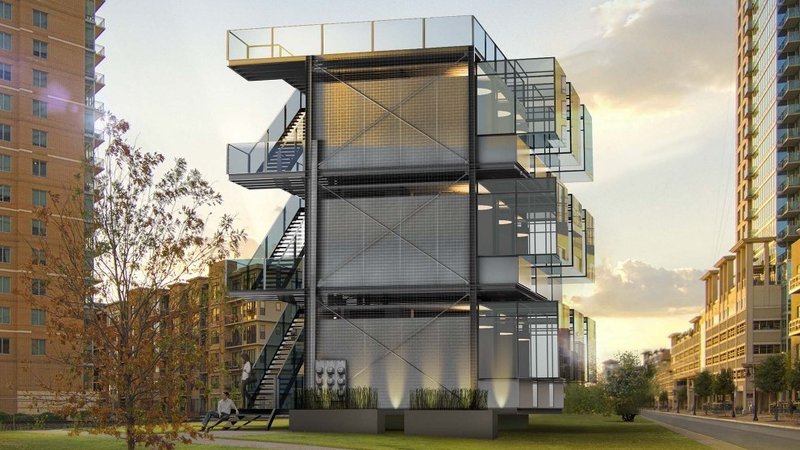 Moving would be so much easier if you could take your house with you. That’s one appealing thing about a tiny house on wheels… although we’ve seen how even a tiny house is pretty hard to move, with a major concern being where to park it (legally) when you arrive. Jeff Wilson has a solution: the Kasita.

This All Tech Considered article explains how under Wilson’s model, you’d live in a stackable micro-apartment that fits on a flatbed. Every city would have a “rack”, a tower with plumbing and electrical hookups for maybe 6 to 9 Kasita units. When you move, a truck picks up your unit and drives away… so when you arrive at your new home, your home is waiting.

This seems like a pretty big investment for an infrastructure that relatively few people would use – highly transient singles and young couples, and maybe retirees who’d move frequently just for the fun of it. The units are well designed, but tiny-house small. A lot of questions come to mind. Who would do the actual transportation and hookups – a team of on-call employees in every city? What if the rack where you want to move is full? If you’re on the bottom of a rack when you move out, do all the units above you need to move too (turning one disconnection into six)? Given the huge cost-of-living difference between (say) Cincinnati and New York, how would the pricing work?

The Kasita is a great thought experiment, but only a small fraction of the population would consider it practical. For urban dwellers who don’t city-hop, groundbound micro-apartments work just as well, with far less overhead.