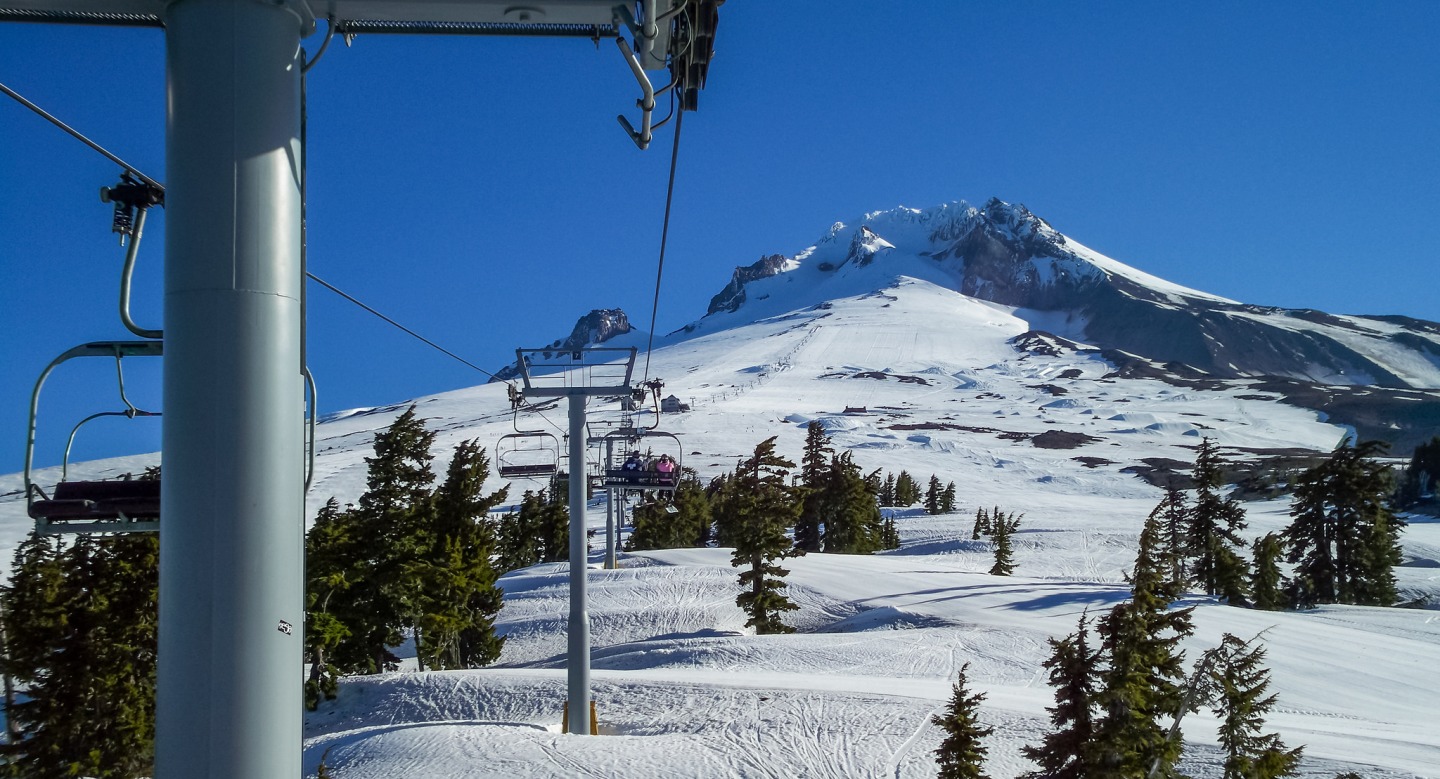 Cables are everywhere, holding up everything from chandeliers to chairlifts, rock climbers to suspension bridges. A cable is a type of structure, and one of the simplest, because it supports only one kind of load: tension.

So, cable structures can only work in tension. There’s no way to put a cable in compression – it crumples if you try. (As my college professor liked to say, “You can’t push on a string.”) This property of cables is a really great thing. It means that when you put weights on a cable, you can predict the exact deflected shape… and, consequently, the forces within the cable.

Consider a chairlift cable stretching between two towers 85 feet apart, with a quad chair hanging 35 feet from the left tower. Let’s say all four seats are filled, so the chair weighs something like 850 pounds. (That’s 150 pounds for each occupant and 250 pounds for the chair itself.) And let’s ignore the weight of the cable itself. Then the loaded cable looks like this:

We need just one more bit of information to determine the cable’s deflected shape: either the horizontal pull, or the cable’s maximum sag. It doesn’t matter which. A chairlift typically has a counterweight at one end that puts a horizontal pull on the cable; a suspension bridge’s anchorages do basically the same thing. For the example at hand, let’s say the counterweight pulls the cable with 1200 pounds of horizontal force.

Adding together the horizontal and vertical force vectors, we find that the cable between the left tower and the chair has a resultant force of 1300 pounds at an angle of about 23 degrees from horizontal. (Imagine a triangle with a horizontal leg of 1200 and a vertical leg of 500 – the resultant force is the hypotenuse.) But a cable can only work in tension. So it runs straight from the tower to the chair at an angle of 23 degrees. Likewise, the cable between the chair and the right tower holds a force of 1250 pounds and runs at an angle of 16 degrees. It has to.

This shape is called the funicular form. Every cable you’ll ever see stretches automatically to its funicular form, keeping the entire cable in pure tension.

The same thing works with a two-dimensional fabric stretched in three dimensions, like a circus tent. The math is more complicated, but the same tenet applies: it’s possible to predict the deflected shape just from the loads and the horizontal tension. After all, fabric is just a bunch of strings woven together, and you can’t push on a string.

Thanks to Paul Kassabian, who actually said, “Don’t push on a rope.”