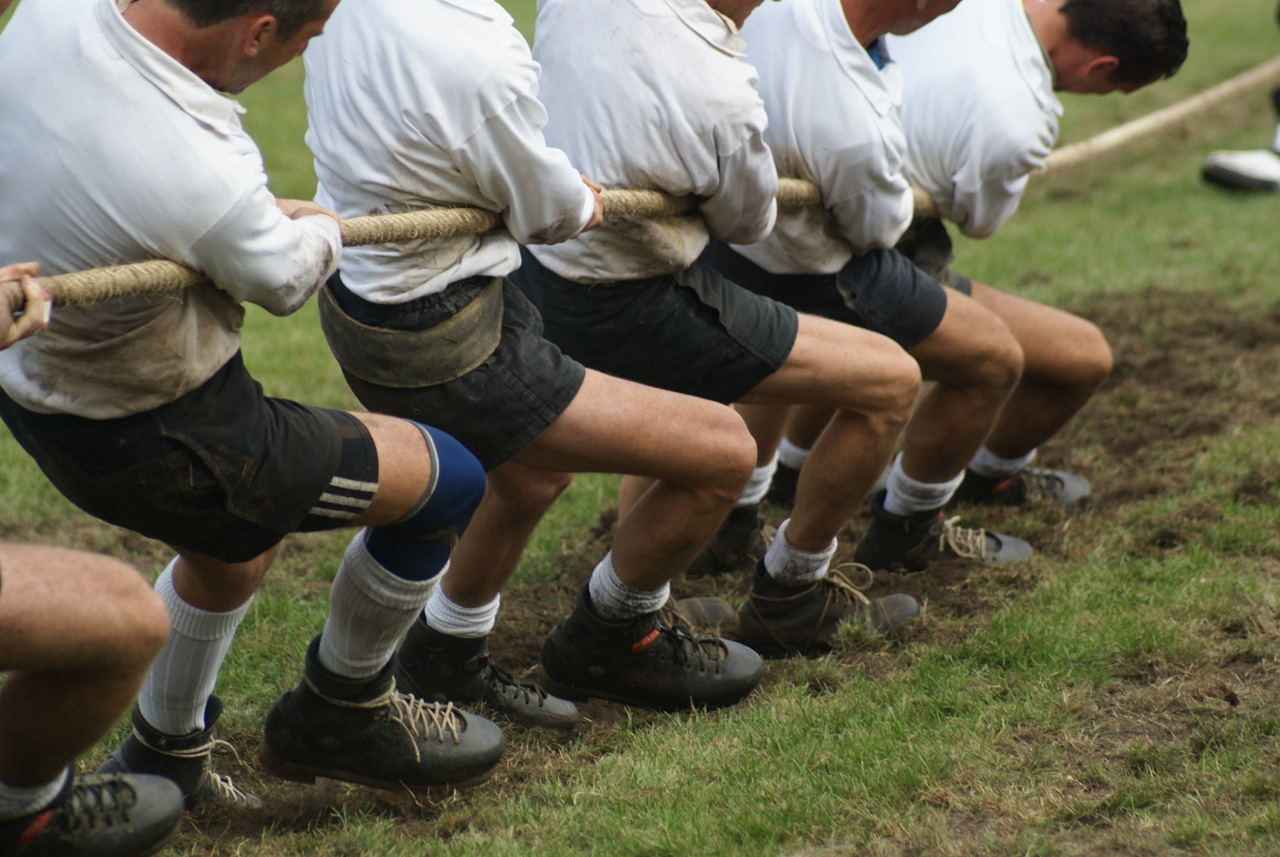 If you ever find yourself in a tug of war, you might wonder how hard you have to tug before the rope breaks. Well, thanks to the Internet you can easily look up the answer: a 1/4-inch-thick nylon rope has a breaking force of about 1400 pounds according to the online database Engineering ToolBox. If you double the thickness of your rope, you might expect the breaking force to double, too. But it doesn’t – it increases by a factor of FOUR, to 5600 pounds. What’s going on here?

The answer lies in a concept called stress. When you pull on a rope, the rope pulls back on you with an equal force. That rope is made of thousands of strands, and each one holds a little bit of this force. So the breaking force of the rope is really the total breaking force of all its strands. You can think of stress as the force in a single strand.

So the stress in a rope is just the tension force F divided by the area A. Engineers usually denote stress with the Greek letter sigma: σ = F/A. As shown in the diagram above, the ½-inch rope has four times the breaking force of the ¼-inch rope, and also four times the area. Solve for σ and the ultimate stress is the same… which makes sense, because every little strand has the same strength no matter how many of them you weave together. That means the ultimate stress of a material is INDEPENDENT of the material’s size or shape, which is what makes stress so useful!

Shear stress works pretty much the same way as tension stress: if a beam with an area of 14 square inches has a shear of 70 pounds, the shear stress is 70/14 = 5 pounds per square inch. Flexure stress is a little different, because the bending moment is measured not in pounds but in inch-pounds. Turns out for a rectangular beam, the flexure stress is σflexure = (M*h)/(2*I), where M is the bending moment, I is the moment of inertia, and h is the beam’s height. The units of stress are always pounds per square inch.

This stuff is starting to get complicated, but the good news is if you’ve been following Monthly Mechanics you now know enough about structural mechanics to design a roof. Next time we will do just that!