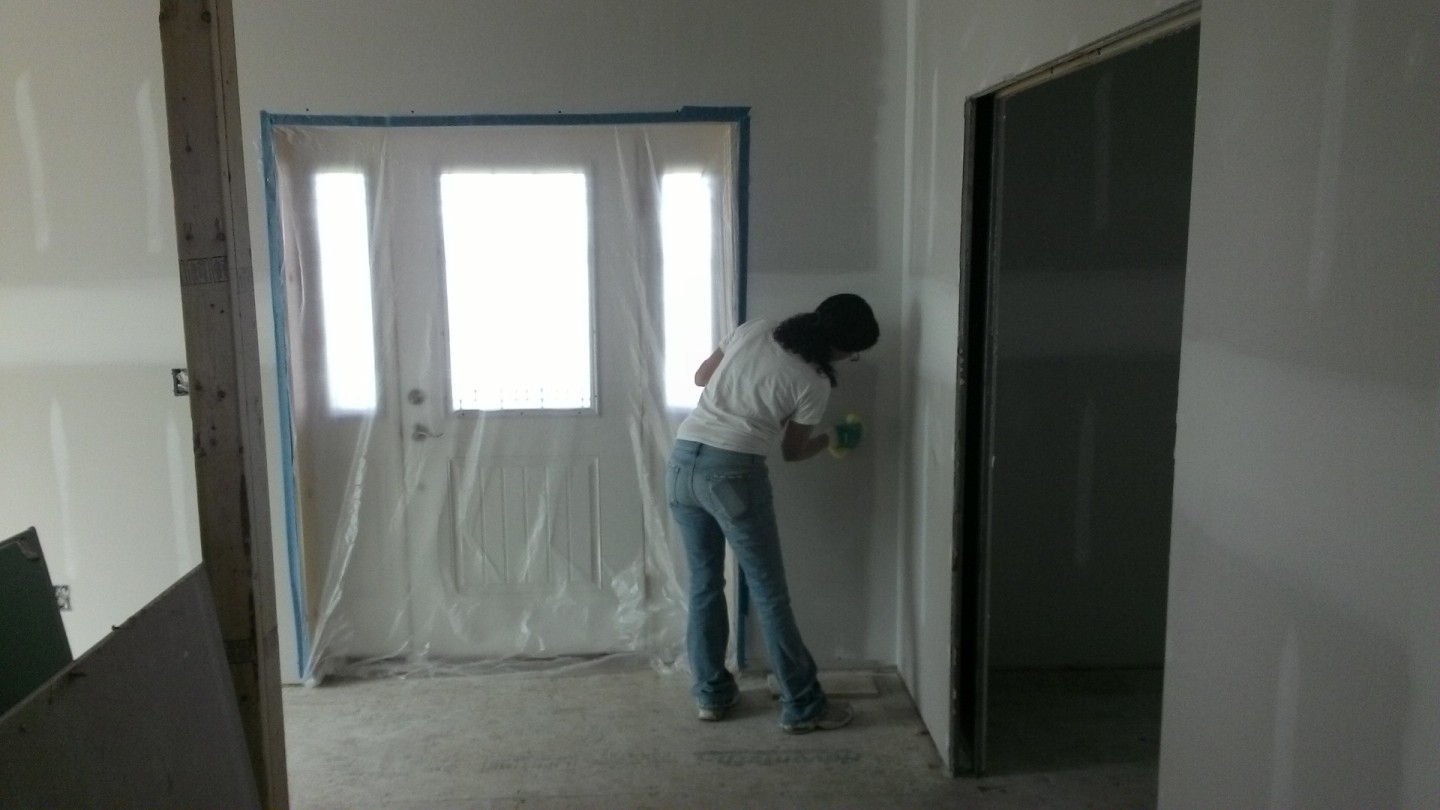 Milestones come fast and furious as the house nears completion. Early this week we finished roofing. A team effort spread over several days with Terry, Colin, Carson, and myself all contributing, we wrapped shingles around the screened-porch roof and then completed the breezeway. The roof lines came out perfectly, and the contrast between white siding and Boreal Green shingles is stunning.

With roofing out of the way we focused our attention on prepping the house to paint. We’re using a paint sprayer for all the primer and some of the final painting. The spray covers walls and ceilings Usain Bolt fast, but it also goes EVERYWHERE, so we needed to cover everything that isn’t a wall or ceiling. That means electrical boxes, recessed lighting, vent openings, and most critically doors and windows.

Abby brought a huge roll of light-grade plastic sheeting to cover the large openings. We cut sheets to size and put them up with a combination of staples and painter’s tape. (It’s OK to put staples around the window perimeter because eventually it’ll be covered by 3-inch-wide trim.) We taped tissue paper over the vents and stuffed paper into every remaining opening.

Once Tyler from Poulin Drywall finished sanding all the walls, Abby washed them to get rid of dust. She used a damp long-handled sponge, which got the job done quickly but also left tiny ridges where it resoftened the joint compound. So Colin and Terry followed her through the house with sandpaper to smooth out the walls once more. Meanwhile, I did a full sweep of the floors with the Shop Vac, picking up copious amounts of dust and dirt. (I had to clean out the filter at least eight times.)


Prep work is tedious, but we have to do it if we want picture-perfect, professional painted walls. Which we do.